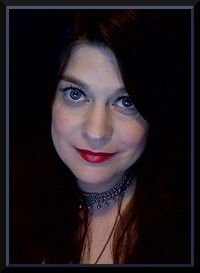 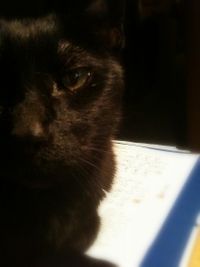 This ancient kitteh is Radar (Abe's best buddy). For those who were in Fate, the sight of me pulling an item out of "a bag of Radar's back claws" or "a bag of Radar's front claws" meant they were getting + damage. He has a deep and abiding love of plopping himself down on top of my book of TFC area maps. In this instance, he decided to watch Ink clear the Master's Tower.

My very first character on TFC was Kestrel, a Mirthie. I followed her with Lena, a Kindred Vampyric. Both of these were based on characters I had in a Live Action Roleplaying Game called the IFGS. I decided that I wanted to create someone for TFC that would be unique and different and a whole new persona, not one I'd been playing for years in another environment. After meeting Thaygar in person, I had my inspiration, and Cordir was created. All my other characters dropped quickly to the wayside, until around 2000, when I needed a reminder of the mortal perspective. It was then that I created Brianna, who joined the Tigers.

I played The Final Challenge on a daily basis for nearly 13 years, and was a Following-Level Immortal for 9 of those years. I Retired as a Lesser Goddess in June of 2008, almost 9 years to the day of when I first made it to Demigoddess. After taking a break for about 2 and a half years, I unretired and was promoted to Goddess in January of 2011.

Mud History has always been a passion of mine, and until a server crash, I hosted a nearly 1,000 page strong website dedicated to the Chosen of Fate and the Final Challenge's rich history. Many of those files, in the form of the TFC Time Line, were donated to the mud in 2005 and can be found on the TFC site. Those files were integrated by Marisa into the files she had collected, to create a detailed view of over 10 years of TFC's history. I'm very proud of that. Most of my postings to the Wiki are taken from my website, or from 5,200+ log files collected over the years. (If there was an event on the mud from August of 2000 to the current time, and I was online - I probably have a log. If you are looking for something specific: ASK!)

How TFC Has Affected Me

I have TFC to thank for many wonderful friendships over the years, and for the love of my life, User:Abe, whom I met there. I will always be grateful to Tynian and Madman and the God+ staff for giving me the opportunities I have had and continue to enjoy on TFC.