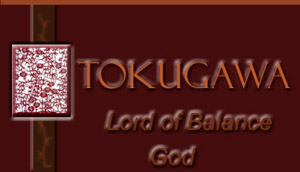 Perhaps it was his eyes - the deep blue of the vast sea, sparkling with merriment and
wisdom learned over a lifetime that spans two millennia. Maybe it was the lines upon
his face - far more due to smiling and joy than anger or malevolence. Could it be the
way he stands - leaning only slightly on a gnarled black-briar walking stick, but still
strong and upright. Or the sense of peace he exudes - for this is a man to whom almost
nothing about your mortal world is unknown.


Perhaps it was none of these things, perhaps all of them.


No matter, for in his presence you feel a calm and trustingness overcome you, and you
know, deep in your heart, that this is one who is here to help.

Warm, rich laughter catches your attention and you instinctively search out
a deep-seated, wry humor in a man unafraid of laughter of others or of
expressing his own mirth. Your gaze falls upon a silver-haired gentleman,
his kindly face scarred and weathered from a long and active life outdoors.
His dark blue eyes sparkle with an intelligence and shrewdness that have
seen much and grown-not diminished as a result.
Tokugawa is bathed in the essence of charisma.
Tokugawa is in perfect health.

At this time, you had to find a guru and he would quest you to find a certain magical item. Only Questors could see the flag that identified it as a quest item. When you accepted the quest, you got a classtitle of Questor. When the quest was completed, you would get the classtitle of Initiate. Being level 50, Tokugawa only had to find one quest item.

Tokugawa says, 'I wish I could type faster...'.
Tokugawa says, 'and accuratly'.
Cordir says, 'just find a potion of Aspect of the Jahiliya. You'll type a billion words a minute.'.