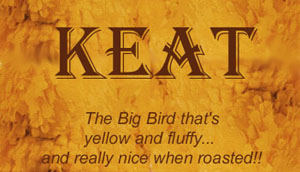 The day was long, it had been a long scrabble over centuries.

"Just a few more fights, and I can relax" the ancient Aara thought to himself.

He turned to his next quarry - the Museum's tour guide leader. He'd fought long, and hard, the poor man never saw him coming. The backstab dealt a hefty blow but he turned to fight back. For a mild mannered tour guide, he put up a good, if brief, struggle.

He wiped his weapon free of gore. One more thing. He wanted it to be special…he wanted it to be something truly awesome, bespeaking his status as the realm’s strongest bird. Something to cause the realm to capture him don to shade of plumage in stone, crystal, and precious metals, throughout the realm ---!

He sees a shimmer out of the corner of his eye. Reflexively, after centuries of his path as a shaman, he rifts the haunting ghost. It puts up a fierce battle. Fiercer than the spirit had in life. Rifts flare, curse, chill touch, and weakness are all uttered by his opponent. His cloak shatters, the ghost lands a good hit, but with a final, empowered rift, it as done, and the ghost was no more…only…

He half laughs, realizing what has just happened, completely on accident. His dreams of grandeur shattered…but even still.

He had made it. The world’s first level 50 Aarakocran.

02/09/2002: Lexie reaches Ma:26 Th:24 Wa:27, and begins meteor swarming in the temple area. The ghost of Valo begins haunting her. Keat gossips (in common), 'ghost of valo keeps fleeing.. :('. 'its all lexie's fault..'. Anduin gossips (in elven), 'Keat should haunt him with it :)'. Keat gossips (in common), 'ghost of valo worth 200xp.. thanks :)'.
02/28/2002: Keat commissions calling cards for Tylorn and Maldobar (see above) and Bubba from Cordir.
03/08/2002: Gunner, Isolas, Kelanea, Lexie and Kaleyah finally managed to kill Bethany... and as Fate would have it, she ghosted! All the while, a certain Anathema (*cough*Kain*cough*) was harassing the group. Kaleyah, Keat, Indiga, Solaron, Famine and Lexie, having enjoyed their epic battle against Bethany, continue the rampage by killing Justice.
08/07/2002: Keat gets acid blasted today when he accidentally types "k dragon' instead of "l dragon", and lost 10 points of ac when Dhraxx objected to the offense.
08/18/2002: Keat completes mobmaster 81 (the master warrior).
08/24/2002: Keat completes MM#82 - Chromican the paladin.
08/31/2002: Keat kills the leader of Lineoth Valley for MM#83.
09/10/2002: Keat declares that he's going to kill Ladislaw over and over again til he logs off (sob), but then discovers that "someone made ladislaw big" - a DEATH mob.
10/25/2002: Keat finds a +1 dam item, which somehow leads to people making demands on gossip, and ends with dead dust bunnies.
10/28/2002: Midgaard is overrun by birds of all sorts (like a bad Hitchcock movie) when Keat announces on gossip that he owns MG.
11/02/2002: Twelf badrecalled to Velalisier...Keat retrieved the corpse.
11/10/2002: Keat becomes chair-bird of the unofficial OM convention.
11/12/2002: Keat completed MM #84 - Ygren the sword crafter.
11/20/2002: Keat runs for head of the Black Ogre Clan. Ptarchyzk gossips (in halfling), 'Grathuk, please report to Slue so we can remove that illegal level 8. We can't have you getting that big.'), which prompts Keat to try unsuccessfully(?) to get Ptarchyzk rifted for "discouraging newbies from levelling".
11/30/2002: Keat failed his attempt to mobmaster, with the guildmaster as his target. Natilena commiserates by revealing her last mob mastery destroyed 5 containers, which Keat counters with loosing 500 kg of gear on a prior mob mastery!
12/07/2002: Keat makes Someone mad with a discussion about Nash over gossip. The Someone then declares himself not 'just any' FLI, but 'THE FLI'.
12/18/2002: Noctus nearly dies himself when he attempts a CR in Master's Tower for Keat and Belsamber. Pitt assists, and all corpses are returned.

01/24/2003: Edge dies in the Good Shrine, and Noctus and Keat perform the CR.
01/29/2003: Keat attempts to worship Cordir and fails (She isn't online), then decides that Azeworai will be his next deity.
03/17/2003: Keat pummels the Lineoth Valley Camp Leader for MM #86.
04/04/2003: Keat reports that he completed MM #86 at some point in the last two weeks, but doesn't remember what mob or what day, beyond that it was 'some dwarf.'
06/07/2003: Tynian logs on and passes out spell after spell (including rift & flamestrike - Lothauwin and Keat are the masochistic recipients of those) to the first person to say they want it.