1995: Kaatsheuvel, Netherlands
Let me take you back to the summer of 1995, to an amusement park called "The Efteling": the first time that Robert met the other Dutch TFC players.
See photos on the TFC website.

September 24, 1996: Costa Mesa, California, USA:
'Ivarr the DisEnchanted' hosted a Get Together at his home in Costa Mesa, California. There were several attendees, including: Zarous, Khore, Foolkiller, Gryphon, Tokugawa, Einskaldir, T'Far, Cordir, ZARA, Polnevdra, Taffron, Nameless, and Feydorian. At one point, a phone call was made to the Arch Lich, and so the phone was passed around for everyone to get a chance to say hi.
Photos can be found on the TFC website. 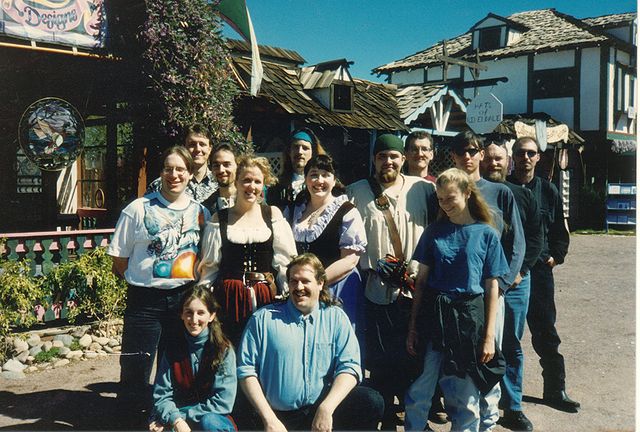 1997: Kaatsheuvel, Netherlands
Pictures can be seen on the TFC website.

1999: Kaatsheuvel, Netherlands
Pictures can be seen on the TFC website.

2000: Kaatsheuvel, Netherlands
For the sixth consecutive year the Dutch GT brought us to themepark "The Efteling" once again. Never before have this many (ex-)TFC players and their partners showed up: 19! It was also the first time we had a special guest appearance from abroad, our own Unity bird Duvel!
Pictures can be seen on the TFC webpage.

March, 2002: Renefest - Somewhere in Arizona
In February or March of each year, an annual RenFest GT is held in Arizona. See photos from the 2002 RenFest GT. 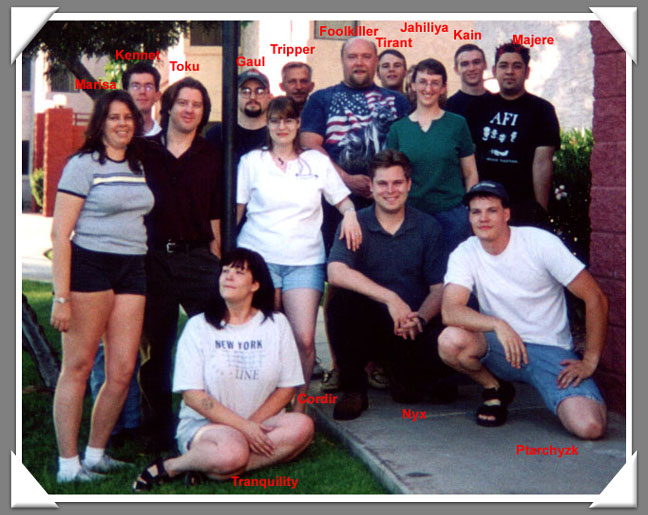 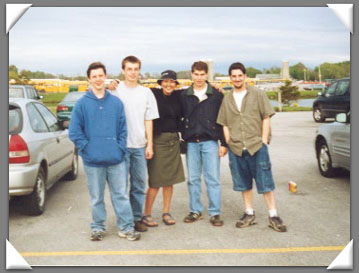 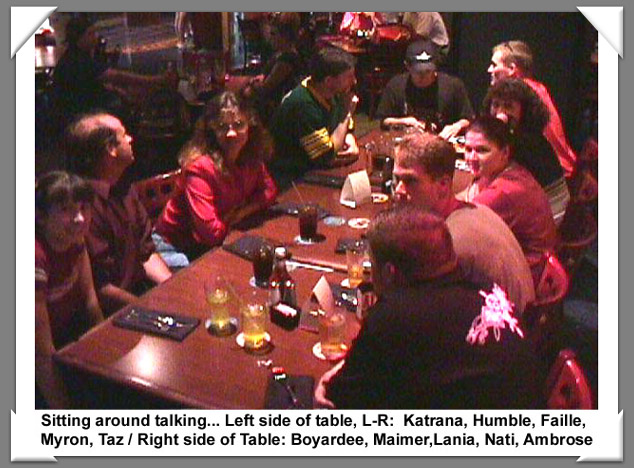 May 2-5, 2003: Chicago, Illinois
A big GT was held in Chicago from May 2nd thru 5th, 2003 with many people from around North America attending. (Solaron, Katrana, Lorax, Myronides, Tokugawa, Marisa, Kylanae, Wylin, Lania, Inthar, Isolas, Boyardee, DarkClaw, Vorax, Triston, Natilena, Wunk and Edge.) View commentary and GT photos by Marisa and photos by Natilena.


Pictures of the event.

October 8th, 2003: Yarmouth, Nova Scotia
There was a GT held October 8th, 2003 in Yarmouth in the province of NovaScotia (in Canada for those that know no geography) hosted by Seraph.
Pictures of the event found here.

August 12-14, 2011: Cedar Point, Ohio
Has it really been that long since the last GT? A group met up at Cedar Point in Ohio for not as much roller coaster riding as you would expect! Katrana, Sagan, Spooky, Vale and Natilena attending. View photos and commentary of the event!

September 2-5, 2011
Right on the heels of the Cedar Point GT was the Ohio RenFest GT. Attendees included Aoide, Ink, Corri, Katrana, Nightfighter, Sagan, and Spooky and his wife. View photos and commentary of the event!

February 2-5, 2012
TFC was off to Vegas with attendees including Tynian, Natilena, Bliss, Katrana, Sagan, Wish, Wistom, Gheorghe and a tiny little bit of Vale. View photos and commentary of the event!