Katrana - I wish that others would have been able to make it...aside from it being 100 degrees, it was fun!

Katrana - Day 1: Ink and Aoide arrive at our house (very early in the morning!) We get some sleep, and then visit the Amish. Of course we had to buy baked goods. We made off with chocolate chip cookies, peach and apple pull-a-parts, pecan pie, pretzels and sandwiches... After that we then waited for dinner time to arrive. Why?! Well to meet up with Corri of course! (Pictures to come) After our dinner we parted ways with Corri, and the rest of us went to play Munchkin.

Katrana - Day 2: After some breakfast and herding children into the vehicle we were off to the RenFest. There we met up with Spooky and his wife. (Pictures below!) 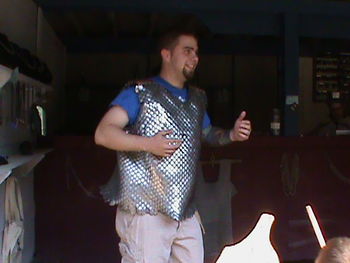 Nightfighter attempting a pk on Sagan. 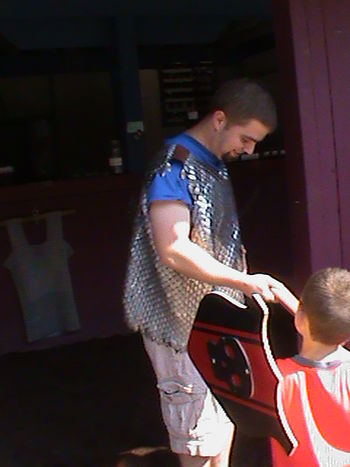 Sagan in the stocks! 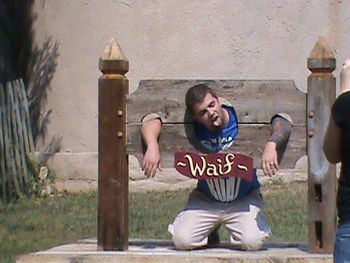 Ink in the stocks! 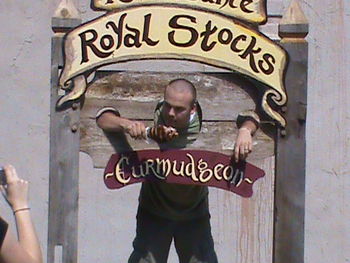 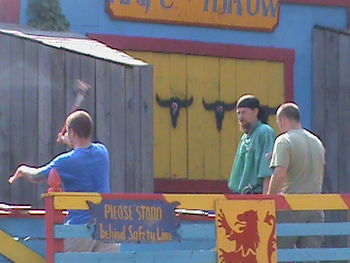 Nightfighter considering an attack on an immortal, he's obviously frozen in terror. 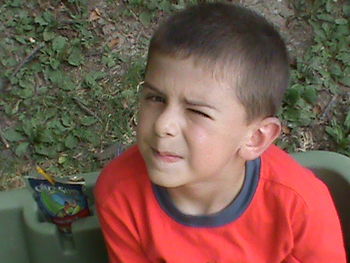 Spooky and his wife. 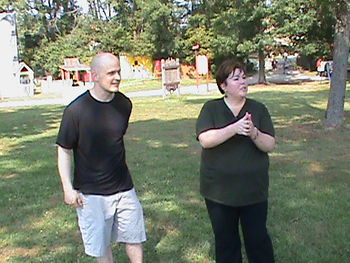 At this point the pictures of the RenFest stop! I gave the camera to Sagan as I had a battle with the one and only Tempest... Needless to say, the attention span of my followers is not high, so pictures were not captured! Hopefully Aoide managed to get some and will update this page!

After we left the RenFest we went to eat! We then said our farewells to Spooky. At this point, Katrana and Aoide gave Ink and Sagan their most difficult quest ever. To watch 3 kids while they went to Jungle Jims.

Once they returned the whole gang went outside to play with some sidewalk chalk with Tempe! In the end the adults had more fun with the chalk then the kids:
Remember this statement! 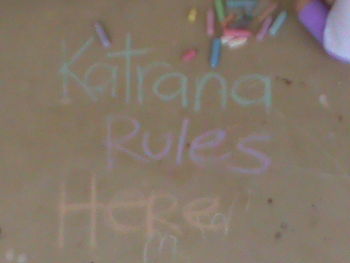 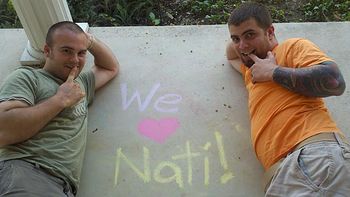 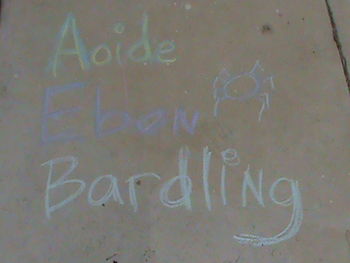 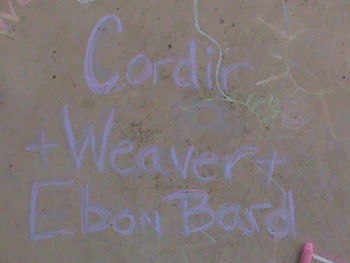 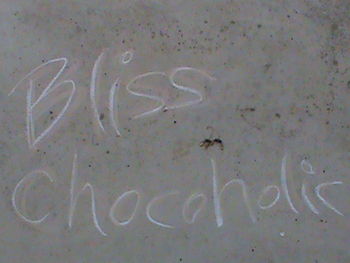 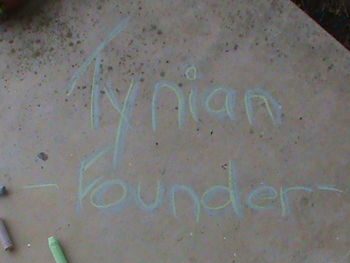 ((Other sidewalk chalk scribblings are present as well, but I won't spam you with those:) ))

Katrana - This was our lazy day! We were on TFC lots, made yummy food...including some crazy pizza combinations...Let's just say that Ink and Sagan made a Reuben pizza:/ That night to wrap things up, all of us then played a bit of DnD with Vale skyped in. What was the plot? The TFC pantheon has disappeared...and the Hunt are seeking Katrana. However, in standard Hunt fashion, Ink got sidetracked and wanted to kill the poor pit geared fisherman we came across! Anyway, we didn't finish what was planned, so poor Kat is lost still...so that conclusion will be a different story for a different time.