Commentary by Nunzio and related to Natilena over IM. 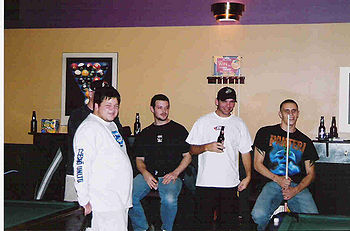 Nunzio says: this one im sending now is Adam (shernada) and cory (rincewind) they wanted to show off their tattoos 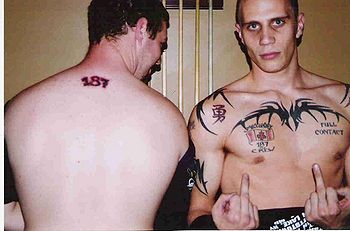 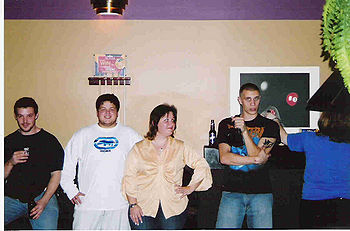 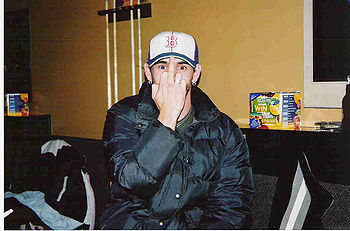 Nunzio says: this is Cory (rincewind) looking through the video camera, Curtis (Lucifer) with his head down... and Steve (Scave) smiling at the camera 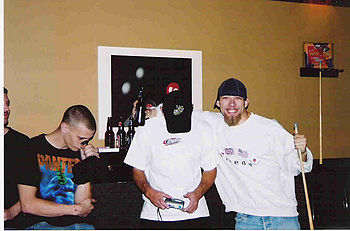 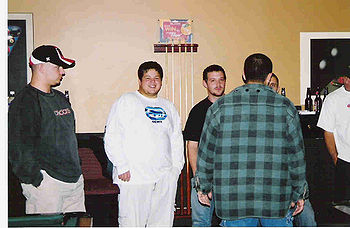 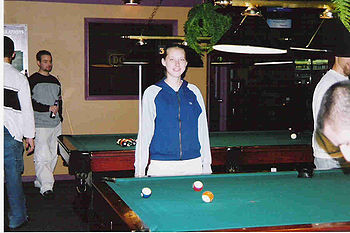 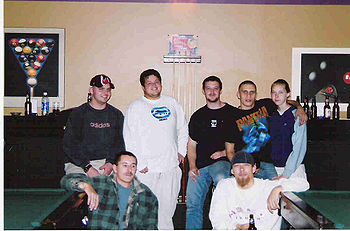 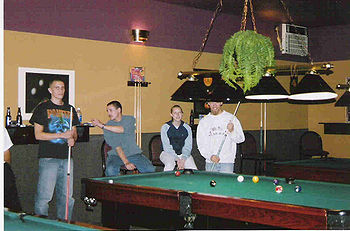