To My Gods,
I once stood upon the highest peak in the Oorts, there I consorted with the Guru, and I asked the old man of his past, of his experiences with questing mortals in their search for ascension. The sagacious gnome rubbed his chin and pondered what to say for 3 years, and I waited patiently, wondering about the reply. He spoke of tampering inside the minds of those who sought greatness, of readjusting the balance of power and wisdom, and when a person was situated directly in between he could be an Immortal. For to be a ruler one must have the power, ability and authority but also the wisdom of how to restrain and remain aloof. Of how to allow free agency and mortal decision, for why else would the mortals exist if not to learn of their own accord?

I asked the Guru what he expected of those he used to quest, he asked me of my adventures and tasks completed hroughout the realm. I spoke to him of my completion of the required 50 mobmastery quests, of my traversing to attain the required 30th level. I spoke of my 514 years of existence and 1005 hours of adventure. I spoke of the Immortal diversity which I had tasted throughout my days and lives: Cerebus, Tokugawa, Okk, Torchbearer, Asia, Tel, Nicademus, Larry and under whom I now serve the Arch- Lich.

He probed of my otherworldly activities to prove my leadership and integrity, I spoke to him of my currently working on my Eagle Project for the Boy Scouts of America, of being a 3rd year representative to the Student Council, of being the first Sophomore ever elected to be the Student School Board Representative, of my being Captain of the Cross Country and Track teams, and Senior Patrol Leader of my Boy Scout Troop. He inquired if I was intelligent enough for the job as leadership requires but does not always have intelligence, and I spoke to him of my take accelerated classes in all fields of study and of taking a Cisco Networking academy class as a Sophomore. I told him of my being the Webmaster for the High School and of me being the Tech News Editor for the school newspaper.

Finally the wizened Guru inquired of my reasoning for seeking Immortality. To this I responded fervently that I sought to taste the cup of enlightenment, to take the step across the threshold of time and be were now is forever and forever is always occurring. Of my desire to lead and implement the skills which I culminated from so many wise and immortal leaders. I told him of my desire to lead and teach mortals, and aid them through their life in the realm that they may too become Gods.

I come before the Pantheon of Gods and declare unto you my desires, reasons, and abilities to become one of the select The Final Challenge, the Immortals, and the players as an Immortal.

Xavier, Bishop of the Black Conclave of Nashite

08/16/2000: Xavier is slain by the Ancient Green Dragon - Trakker of Fate regains the corpse intact for the little Life's Blood.

1/15/2002: Azeworai posts a note regarding iding, to clear his name, and announces that he is "closed". In response, Xavier posts an apology to Azeworai (and all).

9/21/2002: Xavier is promoted to Demi-God. His first follower is Mourne. He starts the Order of the Draoi, a lawful neutral sword following. His initial following description is, "The Draoi, or Druids, are an order of nature lovers, or nature users. Worshippers of the Order can choose a pathway of either ritual (Bards) or combat (Ovates) Embracing the laws of the Order and those of Tynian, the Draoi attach to no other codes of Ethics, each follows the spirit within. Through shifting alliances, and uncertain allegiances the Draoi maintain a precarious precipace, one of neutrality via equillibrium. The Draoi choose to attack Evil and Good with little discrimination based on alignment, for their take on neutrality is color blindness. Functioning as a cult, there is little room for individuality. The Order functions by selfless devotion to the path of the following, nothing else comes close, nothing else compares."

12/17/2002: Xavier changes alignment from lawful neutral to lawful evil. (Xavier reports, 'My Covenant voted our change of alignment and we are now evil.) 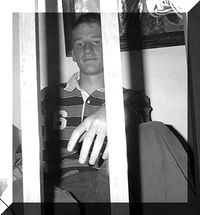 (As Provided to the "Faces Behind The Names" Project, Circa 2000):
Name: Brigham
Age: 18
Country/State: Vermont, USA
Personal Info: Xavier started playing around age 13 when introduced by the people who are now Solaron, Faille and Humble. I began playing under Zarous, and later followed (with all characters) Tel, Asia, Lich, Tokugawa, Cerebus, Larry, Torchbearer and Okk.