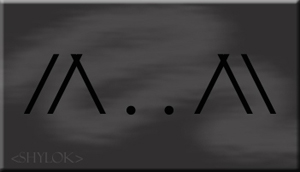 From the very first time I ever opened my eyes, floating in this crystal sphere on a rock which has no name, this world has always been home. I am told "The Final Challenge" is the name of this adventure I have embarked upon, yet I do not know what that means. Throughout the ages, upon which most of you reading this would refer to years, I have had my eyes open upon the world several times spanning over the course of several milennia. I know this is not physically capable of this crude body in inhabit, but yet this is so. Have I lived many lives? Am I living the same life? Is this not life at all, but a dream... A life within a life itself. Perhaps this is not merely a dream though as everytime my eyes open again after a time of black, the world has changed. In the beginning it was simply the names of those who once walked the world with me, some of them appeared much more aged. Others I had been told were long gone. Even those who once I worshipped had long been forgotten and others had ascended. This awakening I find most disorientating, the world has broken apart itself. Places I once knew are no more, or have shifted and moved. A new continent in the south has been discovered rising up from the vast ocean itself. Many of the souls in the world feel familiar but stare upon me with foreign eyes and faces. Home feels very distant yet I stand within it. I look upon this surrealistic world questioning everything I once knew.

In the beginning, I was merely a thief. A thief I always have been and always will be. I know not the place of my birth. Lloth Lorien has always been where I lived, though I do not resemble my fellow elf. Most of them seem to have redish brown, wood colored hair. Flowing around my shoulders is raven black hair. Simply running my fingers through my hair and lookin on in comparison I already cannot help but feel outcast. A feeling of loneliness standing amungst a crowd. My complexion much darker than the rest as well. It were as if I was born to be amung the shadows. Gazing upon my surroundings with steel grey eyes, one would think me bitter, but I have accepted my place. I do not hold their stares against them, I realize that I am different. That is why my path has always been alone.

I remember... A disembodied voice once offering to help me. To help me understand. To help me belong. Frustrated, this soothing voice was welcome change to the life I had known. The immortal Ginny appeard before me upon me praying for help. She offered me a sense of belonging, to teach me the skills I needed to survive. I found myself within the University of Evil for the next several years. Ginny was a guiding light in most of my decisions from that point on. Yet even bowing my knee and worshipping, tithing like I was taught. Amung a church, a school of fellow believers, I could not help but feel alone. I remember crossing paths with another such soul. An elder in the school at the time, a man by the name Molo who was currently working on mastering the arcane arts. He took me under his wing from time to time and thus was born my thirst for magick. Much more full of life when I first met him, yet even then you could feel the cold bitterness within his aura. I had not gotten far in life when already I could tell that our numbers in the school were dwindling. Those that once preached the name of Mistress Ginny had now begun to call out other names. It was not long before the school was abandoned and her name forgotten almost completely. They say when the people forget, the immortal ceases to exist and their presence amung the land fades away. I know my heart is not enough to keep what binds an immortal to the world, but I will always remember.

I do not remember sleeping. I do not remember closing my eyes. The world had changed though. Ginny's young pupil Molo now had followers of his own. Yet these followers were not students as I had been accustomed to. A much more militant feel, following orders with cold uncarring occult-like minds. This was the Molo I remembered, but there was no life in him as there was before. I could feel only cold. His armies began to sweep across the world as the legions of the Ebon Hand had once done before. Hunters, assassins, generals... Killing in the name of their god. Offering sacrifice to Nash. The bloodshed was all too familiar, yet now known to the world as the Black Conclave. When I opened my eyes I did not know the blood I was to see on my own hands. Angered by fields of decomposing, nearly choking on the stench of death. I sought out the immortal Agape, an abrasive god of knowledge and a band known as the Pizan. He and a few others allies such as the Court of Cerebus stood against the armies of tyranny. Never before had I raised my hands in arms against another, I had always been content to remain unnoticed in the shadows. I found myself now learning the ways of war. Using my skills of stealth and what magik Molo himself had taught me of, with my new skills of war. Never before had I wielded a weapon of such destruction. A gift from Drazuk, a sword nearly as tall as myelf that I needed both hands to hold. Syrinx, a Judge in the Court, matched this gift by enchanting this weapon with his strength and experience. I had become a shadow of that which I now hunted. Yet was I any better than they? Defending those who worshiped as I did, slaying those who would see them harm. But blood it still was on my hands. As I left bodies laying at my feet, the more pain I inflicted the more they would return and do the same to those around me. Silently, Standing, Staring in disbelief, I knew this war would not end. There would be no victor, no prize to be had. Only pain and suffering eternal. I could feel sleep comming over me this time, I willingly closed my eyes and stretched out my arms waiting for the dark to embrace me once again.

How long I slept for I am not certain. I have been told that I slept for several millenia. The war still rages on. The rules have changed, the battle grounds look different, but the war is still there. No more blood will I see. I wash my hands of all I had done, but my mind still sees the blood. For the first time in my life, even the shadow does not comfort me. I look out from the dark with shame in my eyes. Again I walk alone, my head hung low. I stand before you as you see now, no more, no less. I am merely an elf, an outcast.

Shylok was an early 2x player who has visited The Final Challenge on and off since that time in various incarnations.