Standing before you is a elf, a dark skinned elf. As you look at her beautiful; flaming red hair you can see why her name is Crimsonmane. This dark elf stands ; at five feet. Her almond shaped eyes, the color of lavender draws you in.; The way she carries herself, you can tell she was from nobility.;

The product of love between Sune Crimsonmane and Vorax, Selune has been put on; a path like no other. She has wandered the realm trying to help out where she; can. Through out her travels, she's helped people of many aura's, even as her; own aura shifted through out time. She struggles to find a balance of her good; nature and her natural drow instincts. ;

Selune's mother has long since left the realm, her father followed not to long; after. The only one she has left is a half sister Zip, and she's not been seen; in many decades. Her two previous Lords Molo, and Isolas have left the realm as; well. With the absence of evil tugging at her inner struggle, she now looks; directly into her pure self, not the drow.;

Belsambar found the cleric a new home, with the company of Hutt. Wisdom has; poured into the drow's soul. Cleansed, and put back onto a path she was born; to, a life of helping others in the purest sense.

Selune has wandered the realm for a very long time, she has seen mortal and immortals come and go. Struggling with her own inner battle of good vs evil, she has followed a handful of immortals to try to find where she belongs. Whenever she was in a following, regardless of alignment she was there for the followers, she was their support, even when Ordained, she was not the hunter, she was there to keep everyone alive, and fighting. Her mindset is that, she is there for all who needs a clerics touch.

Not wanting anything to do with the Drow, she would stay on the surface, and never return to Velalisier. Deeply despising the atrocious acts of her race, she denies all that worship Lloth(Yet, Selune still speaks in Drow constantly), even the villainous Spider Queen herself.

Who knows what will become of this woman struggling with the reason and primordial parts of her mind.

Selune was a UA warric, until 20/20 when she followed Whitehawk. 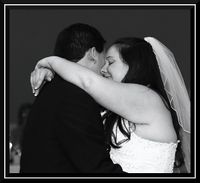