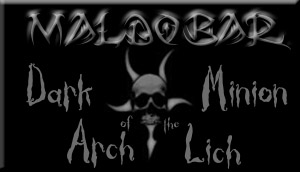 A shroud of darkness surrounds this man, whos face is concealed by the hood of his flowing black robe. You suddenly feel a chill run through your body as he lifts his head slightly towards you, and decide to look the other way.