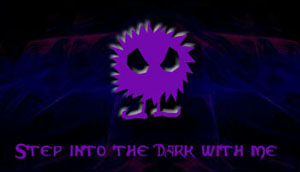 Kerriariadne is a Retired Demi God and led the Dark. His name is pronounced, "Kerri-airy-ad-knee"

My story begins in the Elven village of Malenest, January of the year 1999, an eon ago by the TFC calendar. Born the son of a masterful ranger and his loving wife, I pursued a life of stealth and hunting. With excellent tutelage, I reached the 11th Ranger level at a very young age, but at the same time began to realize an emptiness within me.


I felt it was time to find a faith, and explored the TFC Pantheon carefully, finally settling upon a Ranger lord who's deeds comprised the stuff of legend and who could provide me with the further mentoring I sought: Demigod Tokugawa, Lord of Balance. However, before Lord Tokugawa would accept me as one of his disciples, he first requested of me that I become wizened in the arts of magic...


And so I began my life as a Ranger/Mage. After a brief but fruitful span of time, the Realm was shaken, the Order of Things was stirred, and I found myself alone and bereft of Balance. Lord Tokugawa had accepted a much grander mission -- that of a full and true God of TFC.


I wandered in solace for a length, when one day I heard a strange voice -- soft and gutteral yet still friendly, and with it a warm breeze upon my face. The voice was calm yet stern, the wind mild yet embracing, and I was driven to track their source.


"Forgive me, but what an odd looking ogre you are," I said.


Okk, the Guardian Spirit and undersized ogre replied, "And you would be tasty with ketchup."


An Interview With The Booga

07/21/2001:
Entry: Kerriariadne ERUPTS on the scene in a glorious flurry of frost and ice!
Exit: Kerriariadne freezes into a solid ice sculpture, and shatters across the realm!

(As provided to the Faces Behind The Names Pages, circa 2003?):
Zodiac: Cancer
Born on: a Wednesday
Favorite Brew: anything Dark - Guinness
Started TFC: '94 or '95, first char "Sidmond the Giant-kin Warrior".
How: A still good friend, Aaron, known to some of you by a slightly more incendiary name, got me into TFC. He pulled me out of another mud, in fact, and convinced me to learn this "really cool world!"
Other: I'm your average single guy with a good career, but with a hyperactive mind that won't let me sleep much. heh heh... At this time I call Rhode Island "home". I just wish it was warmer.