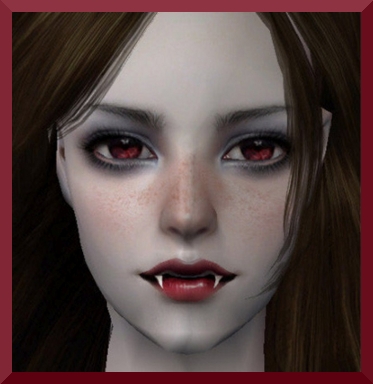 The Swirling Sands
[Exits: north west]
Impossible winds twist skeins of glistening sand up and about, making the
air itself seem alive. The churning of the sands becomes too thick to the
east and south but stumbling through other directions is still possible.
A small grey fox sniffs around for food.
(Invis) Venom is here.

Venom looks to the east for signs in the winds.

Venom gets a set of shepherd's pipes from a saddlebag.

Venom gets a staff of summoning from a saddlebag.

Venom begins to chant harmonically, raising the staff above his head.

An apparition begins to form rising up from the heat waves off the desert sands.

The apparition begins to take the shape of a human, becoming more solid.

A song begins to fill the air, music from the moving lips of the illusionary singer.

The illusionary bard raises the pitch of his song, his voice pouring into the Veil of
sand and wind. The Veil begins to waver, shimmer and weaken.

Venom utters the words, 'message'.
A whisper is carried into the winds, 'Sahib-Salam, where once you gave the gift of a girl
to save your land from doom, now another is required of you by the outer world.'

The wind howls, 'Stay away from our tribe, Al-Shaitan and we will grant you one girl, and
one goat.'

Venom says (in common), 'Play the song of the goat herders, my puppet Bard!'.

The illusionary bard gets a set of shepherd's pipes.

A booming song echoes into the forceful winds playing the song of the goat herders.

Venom utters the words, 'message'.
A whisper is carried into the winds, 'Sahib-Salam, send me a living relative of Samiyah!'

The winds to the east shift and twist about as two forms appears beyond.

Venom allows his concentration to fall. The Illusionary Bard dissipates.

Venom says (in common), 'You are safe, child. My name is Venom. I am your friend, follow me.'.

Venom says (in common), 'Stick with me, my young gem, and I will show you the ways of this realm.'.

Jamilla says (in common), 'thanks for everything, this land seems so different and scary'.

Venom says (in common), 'My dear child, I am the only one you can trust here. I brought you here'.

Venom says (in common), 'Of course, my child, but there is one thing you must do if you are to survive here'.

Venom says (in common), 'Close your eyes and trust me forever!'.

Jamilla closes her eyes and holds her breath.

Venom cradles the young teenage virgin in his arms, an over bearing strength unnecessary.
Venom kisses her neck softly until her skin is moist with fear.
Venom sinks his fangs deep into the soft and tender neck, blood oozing down both her front and back.
Venom drinks deeply, sucking hard and gulping greedily.

Venom drops the near lifeless girl to the ground beneath him, his chin a crimson testament to all that is evil.

Jamilla drinks from the bloody wrist, gaining strength with each sip.
Jamilla stands.

04/13/13: Venom makes a pact with Abdul Salam, an elder of the Tribal Sands and gains a living relative of Samiyah as his part in the bargain. He murders the child, making her a vampire, and negotiates with Samiyah and Seraph a price for the girl's release, which Seraph refuses.