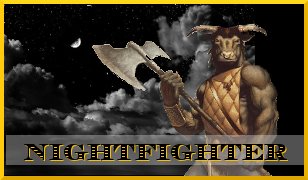 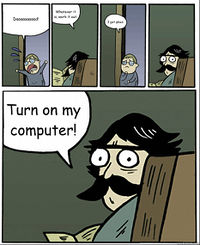 (As re-enacted(he acted all of this out with great skill) by Nightfighter - transcripted by Katrana: January 29, 2012)

One day I was born to fight, and then I saw something! It was an enemy! I grabbed my weapon and swung, and it hit him in the head! Oh my weapon was my Dad's! He gave it to me, it was a powerful mace! The enemy was knocked out by my attack! My Dad was the one that taught me out to fight. My Dad was proud of my fighting skill, and he wanted me to get stronger. So he sent me to fighting school. Then I got stronger in the coliseum and the dungeon! Now I'm a super awesome fighter!

Long Description: Someone has left their lunchbox behind!